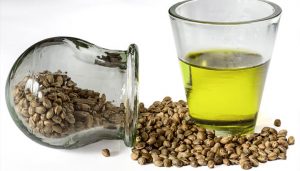 The problems of depression and anxiety have been growing in the 21st-century. Modern life isolates humans from each other increasingly, and limits the ability of individuals to interact successfully. Consumers are turning their backs on many over-the-counter and prescription medications in favor of natural alternatives with fewer side effects. The cannabis extracts, CBD and hemp, are among the most popular and are not currently required to receive FDA approval before being sold as successful treatments for anxiety and depression.

Studies have shown positive impacts of anxiety and depression symptoms with the use of CBD oil and hemp water. The benefits of Cannabidiol have been drawn from the fact the compound attaches itself to brain receptors to alter the way we act and feel when anxiety becomes an issue. Hemp water including the positive aspects of CBD without the high associated with cannabis use has proven to be positive for those affected by social anxiety disorders.

Healthline reports a study of 24 people who suffered from various anxiety disorders who were provided with either CBD oil or a placebo prior to a public speaking test. Those who were given hemp oil showed fewer symptoms when taking part in the public speaking test compared to those given the placebo.

Placing oil in CBD water has the effect of releasing serotonin into the human body, which is the important compound produced which aids digestion, mood, and sleep. By affecting the receptors in the brain responsible for determining fear and anxiety, CBD water products can limit depression and anxiety in those choosing to partake in this natural form of mood stabilizer.